Hailed by some as the “King of Grapes,” Cabernet Sauvignon is highly regarded for its full flavors and impressive aging potential. With its widespread growth in todays wine world it may be a bit of a shock to learn that the grape may have come from an accidental cross breeding in the 17th century…

In the Bordeaux region of France, Cabernet is considered a noble grape used to make the finest wines. It is generally blended with other regional varietals including Cabernet Franc and Merlot, with Petit Verdot and Malbec in smaller amounts. Today, it can be found growing in just about every wine growing region around the world.

All grapes are of the species Vitis vinifera, which has been harvested since 10,000 BC. Though the exact origin of Cabernet Sauvignon is unknown many have speculated that its likeness to the French word “sauvage”, meaning “wild”, suggests that it came from the wild vines that graced French hillsides. Others believe that it is a subset of an ancient grape known as Biturica, which was grown by Romans in France during the first century AD. As such, the grape was known as Petit Bidure during the 18th century.

Many years later some light was shed on the grape’s history. Cabernet Sauvignon, as the name suggests, is a blend of Cabernet Franc and Sauvignon Blanc varietals. Dr. Carol Meredith of UC Davis determined in 1996 that the grape was in fact a cross of these two grapes, and suggested that it was an accident occurring from two nearby vineyards of the parent grapes that naturally crossbred.

In more modern times, California has become a world renowned Cabernet growing region. The famous 1976 Judgment of Paris brought California into the spotlight when Napa Valley Cabernet beat out many French favorites. Then in the 1980s, California was hit with a phylloxera epidemic which wiped out many vineyards that would need to be replanted. Plantings of Cabernet doubled between 1988 and 1998 with many appellations becoming predominantly planted with the vines.

Throughout the valley, Cabernet plantings are generally differentiated by hillside/mountain and valley floor vineyards. Each lends its own influence to the grape, as Cabernet can really show the terroir of its growing region. Mountainside plantings produce smaller berries with intense flavors that can take more time to mature, the lower elevation plantings tend to produce more fruit forward flavors from the larger fruit.

Here at Whitehall, we use our seven vineyards to their best potential by selecting the perfect blocks of land to plant specific varietals. We grow Cabernet Sauvignon on both valley and hillside vineyards and even use our Rassi Vineyard in Sonoma Valley to get a more delicate grape for blending into our wines.

With National Cabernet Day coming soon on August 30th, its time to make sure that you have a great wine for your pleasure. Visit our online store to explore the varieties of Cabernet that we offer and explore the differences in each. We will be here at the winery raising a glass with you in honor of the honorable Cabernet grape! 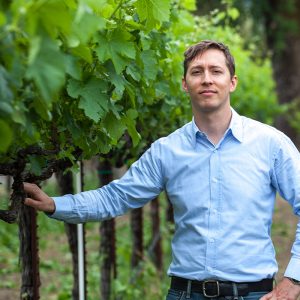