*originally posted to “The Creative Pasture”
When it comes to actual winemaking, I leave the production to the pros. However, when it comes to crafting a wine bottle made of sand on a beach in San Francisco, well, I’m your man!
When Travis mentioned that he was looking to enter the summer photography contest for Whitehall Lane Winery & Vineyards, I was immediately intrigued.
The Rules: Submit up to 3 photos showing how you’ve enjoyed Whitehall Lane wine this summer
The Prize: 6 bottles of 2008 Leonardini Vineyard Cabernet Sauvignon signed by the winemaker and proprietor
I got out my pencils and started drafting up concepts right away. Of course, with summertime as the subject, sitting on the beach came to mind. While drinking wine on the beach would be fun, it was also a little too predictable, so I ventured further into my creative idea bank (that disproportionately large right brain I’ve mentioned before). Travis and I got to talking about some concepts, which got me thinking about summer vacations growing up on the East Coast. Without fail, those were the days when I absolutely had to build a sandcastle if I was at the beach! Wouldn’t it be awesome if I made a sand bottle instead? This idea had some serious creative potential! 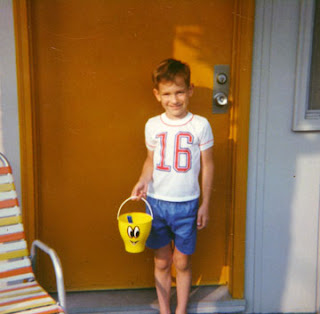 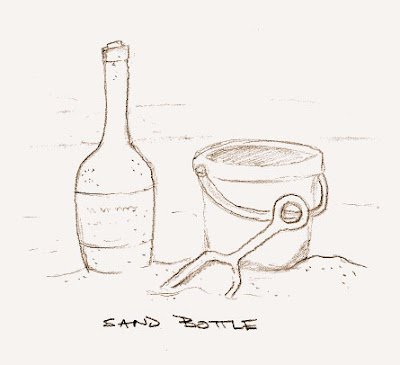 I had first considered actually sculpting a bottle out of sand on the beach, but the logistics of time, lighting and the chances of waves creeping up to destroy my creation soon dismissed that idea. Then, I got to thinking faux was the way to go! If I used a real Whitehall Lane bottle and sprayed it with textured spray paint, I’d have that sand-like look with the non-destructive quality.
When it came to the label, I was thrown for a loop at first. It was crucial to show that this was a Whitehall Lane bottle, so any type had to be readable and recognizable. Carving the label out of clay was an option, but it proved to be too sloppy. A light went off in my head when I considered making an unmounted rubber stamp to adhere to the bottle. This would give that crisp laser-cut look I was going for, and it would be easy to paint right over! 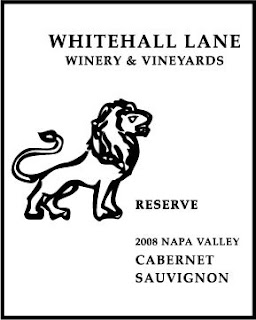 I began by hand-drawing the label in Illustrator. I intentionally made the label a bit oversized (4″ x 5″) compared to an actual label for a more dramatic shot. This was also useful because any fonts under 8 pt. would be unrecognizable once painted. When I finished drawing the label, I submitted the artwork to an online rubber stamp manufacturer. It was crucial to flip the artwork horizontally so that it read left to right on the impression. A normal rubber stamp would be carved backward so that it printed face-up on paper, so I made sure to tell the manufacturer “I actually want this printed in reverse.” The stamp arrived in a matter of days and it was perfect! 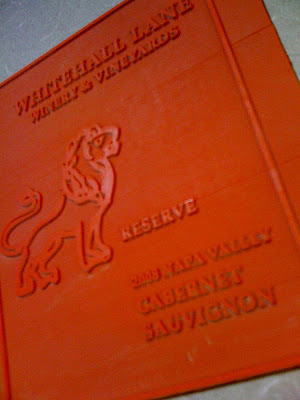 With the beautiful Whitehall Lane bottle in-hand, I gathered my supplies and began to assemble the bottle. I first sprayed the stamp, as that would be the most difficult portion of this project. It required a base coat of beige spray paint, and 2 coats of the sand texture spray paint to cover the vibrant orange rubber, but it looked great once complete. Had I sprayed the stamp too heavily in one coat, characters would have lost theiranatomy. When it comes to painting, slow and steady wins the race every time! 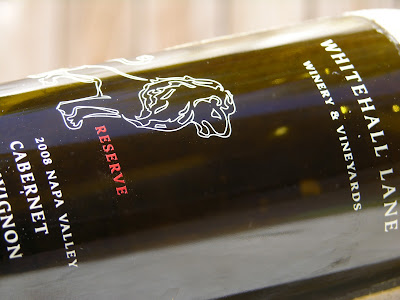 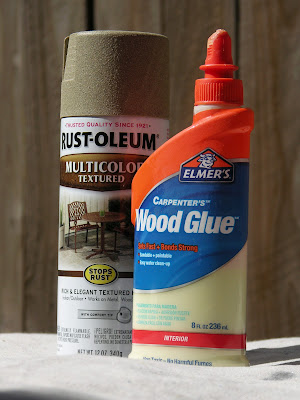 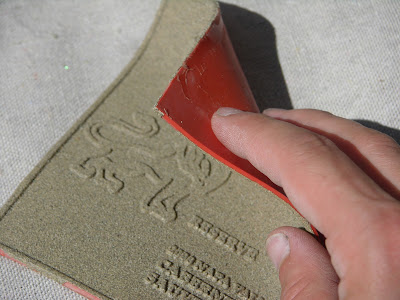 When the stamp had dried, I spread a thin coat of wood glue on the back and centered it over the existing bottle label. I then wrapped the bottle snugly in a piece of heavy canvas to keep the stamp from peeling away from the glass. I let the glue dry for about 2 hours before taking any further steps. From there, I spread out a drop cloth in a well-ventilated area, set the bottle up on its base and began to lightly spray it with the sand texture spray paint. Once the bottle had a light, even coat, I allowed it to dry for 30 minutes. I then came back and focused on areas that need more coverage. After 3 light coats, the bottle was looking perfect! 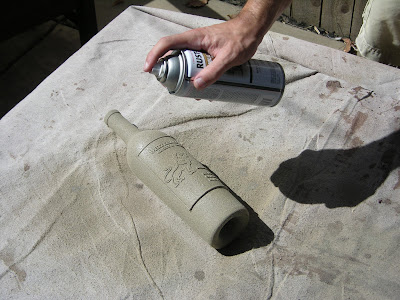 We also wanted to include a sand pail and shovel to help achieve that sandcastle style. I sprayed a fluorescent orange pail and shovel with oil rubbed bronze spray paint, which really gave them a sophisticated look! 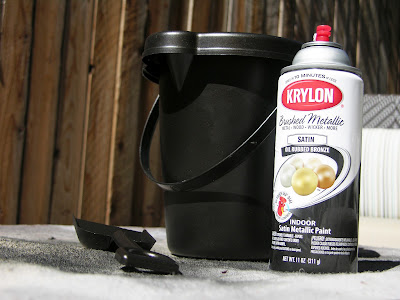 With that, it was time to head to San Francisco for the much anticipated shoot! Travis and his wife, Nikki and I made our way out to Baker Beach on a Thursday evening. It was a classic San Francisco summer night. The temperature was nice and cool with a slight breeze in the air, and the fog was rolling in. While the Golden Gate Bridge can often be seen from Baker Beach, the fog swept in and out, eventually overtaking its visibility. Nonetheless, we began setting up the shot. Travis and I dug a 3-foot hole in the sand with our hands to create a bunker for the tripod. This allowed the shot to be taken from a beach-level vantage point. I staged the bottle on a slight mound and staged the bucket and shovel nearby. Travis positioned Nikki and I into the frame while he worked his magic behind the camera. 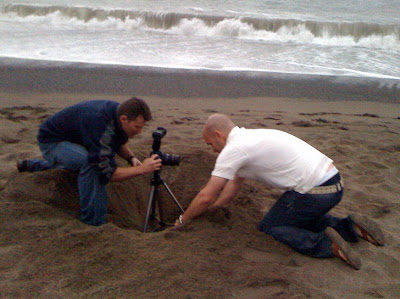 The end result: 3 fabulous shots with our skillfully crafted wine bottle in one of the greatest cities in the world! Cheers to Whitehall Lane, summertime, San Francisco and beachfront “winemaking!”
Be sure to check out the Pacheco Photography website! We were announced the winner on the Whitehall Lane blog on Oct. 9, 2011! 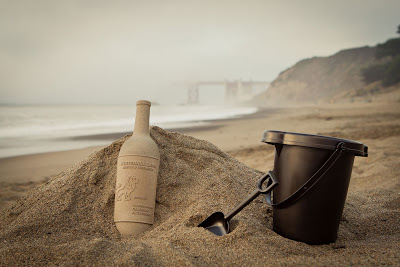 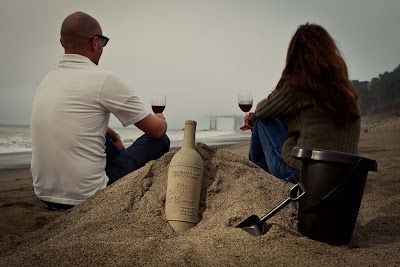 Other stories that you might like
Valentine's Day Red Wines
"Happy birthday — to us!" Whitehall Lane Winery Celebrates 20th Anniversary
The Local's Guide to Napa Valley